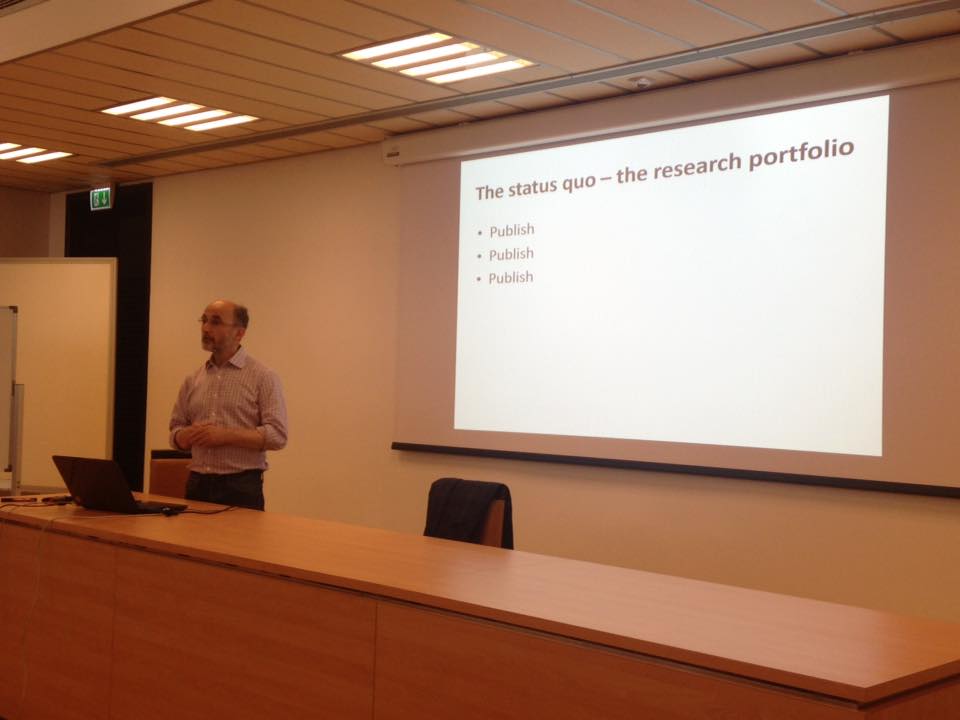 Short CV
Dr. David Moher is a senior scientist, Clinical Epidemiology Program, Ottawa Hospital Research Institute, and Associate Professor, School of Epidemiology, Public Health and Preventive Medicine, Faculty of Medicine, University of Ottawa, where he holds a University Research Chair. Dr. Moher has been recognized twice as one of the most highly influential biomedical researchers in the world by Thomson Reuters (The World's Most Influential Scientific Minds). Boyack and colleagues also recognized Dr. Moher as a highly influential biomedical researcher (A list of highly influential biomedical researchers, 1996-2011. European Journal of Clinical Investigation 2013;43:1339-1365).
One of Dr. Moher’s research foci is journalology (publication science). He spearheaded the development of the CONSORT and PRISMA Statements, and has been involved with several other reporting guideline initiatives. He is leading a program to develop core competencies for medical journal editors. Finally, he is actively developing a program to investigate alternatives to current incentives and rewards in academic medicine.
Dr. Moher is the founding Editor-in-Chief of Systematic Reviews and serves on the editorial boards of several journals; he is a member of PLoS ONE’s Human Research Advisory Group.

Lecture summary
Publications are an important reward used for researchers seeking entry into an academic career in medicine and those already in the system seeking promotion and tenure. The importance of the number of publications and the prestige of journals is likely diverse although whether it, and the role and value of publications, is evidence-based is unknown. Other rewards exist although their evidence base is also unknown. While some institutions are making changes to their promotion and tenure procedures there is little systematic evidence on their benefits and harms. Valuing publications highly makes sense if the evidence supports their importance. There is overwhelming evidence that the publication record is bad contributing to substantial waste and decreased value in healthcare research. It is unclear why publications are still highly valued and other rewards, such as data sharing or reproducible research, are not more valued.
To help address these uncertainties, a comprehensively re-engineered and carefully studied incentive and rewards research program in academic medicine is due. An important starting point is to systematically assemble and document incentives and rewards used in academic medicine today. This information could be shared with relevant stakeholders (e.g., junior and more experienced academicians, deans), as can their rankings of them. It is also possible to gauge their opinions of promotion policies that value data sharing, replication, registration, and many others.
Institutions might make more dramatic and systematic changes if rigorous evidence with demonstration of effect becomes available for specific policies.  Progressive deans and academic leaders might be willing to participate in experiments comparing a modified incentive and reward system versus current ones. In the end, we need to obtain evidence that whatever we do and whatever we reward improves science and people’s lives.