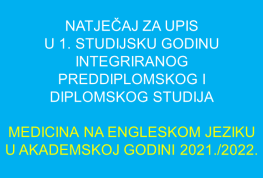 STATEMENT BY THE ERC SCIENTIFIC COUNCIL ON THE HORIZON EUROPE BUDGET

After the shocking cut to the Horizon Europe budget at the European Summit last July (€13.5 billion taken out, representing more than 15% of its budget) a lot of efforts have been made by many in the scientific community to argue why it was so critical to repair the damage done in order to make credible the political ambitions stated in terms of societal transitions (climate change, digitalisation, new health perspectives) that all rely on key contributions from research and innovation.

This encouraged many scientists to approach their governments and make the case for Frontier Research and the need to take a longer view in the preparation of a seven-year framework programme than just dealing with emergency issues.

Thanks to the efficient engagement of the negotiators of the European Parliament, the trilogue of 10 November resulted in €4 billion being added to the Horizon Europe budget, a small but still significant step to repair the damage. The key issue still pending is of course the breakdown of this supplementary budget. The proposal made by the EU Council to reserve the €5 billion coming from the Next Generation EU Fund to some actions in Pillar 2 of Horizon Europe and the European Innovation Council (EIC) has increased significantly the imbalance between pillars. In Horizon 2020, Pillar 1 “Excellent Science”, hosting the Marie Skłodowska-Curie Actions (MSCA), the European Research Council (ERC) and the large infrastructures, represented 32% of the overall budget when it is presently down to only 25%. This is why all organisations representing the university community (the European University Association, the League of European Research Universities, the Guild of European Research Intensive Universities, the CESAER representing science and technology universities) and the G6 (the Italian CNR, the French CNRS, the Spanish CSIC, the Helmholtz Gemeinschaft, the Leibniz Gemeinschaft and the Max-Planck Gesellschaft) have all defended the view that the totality or at least a large part of the €4 billion should go to the Pillar 1 “Excellent Science”.

Members of the ERC Scientific Council, therefore urge all people who care for the future of Frontier Research in Europe to express their views by all means and to offer decent prospects to the next generation of researchers in Europe.